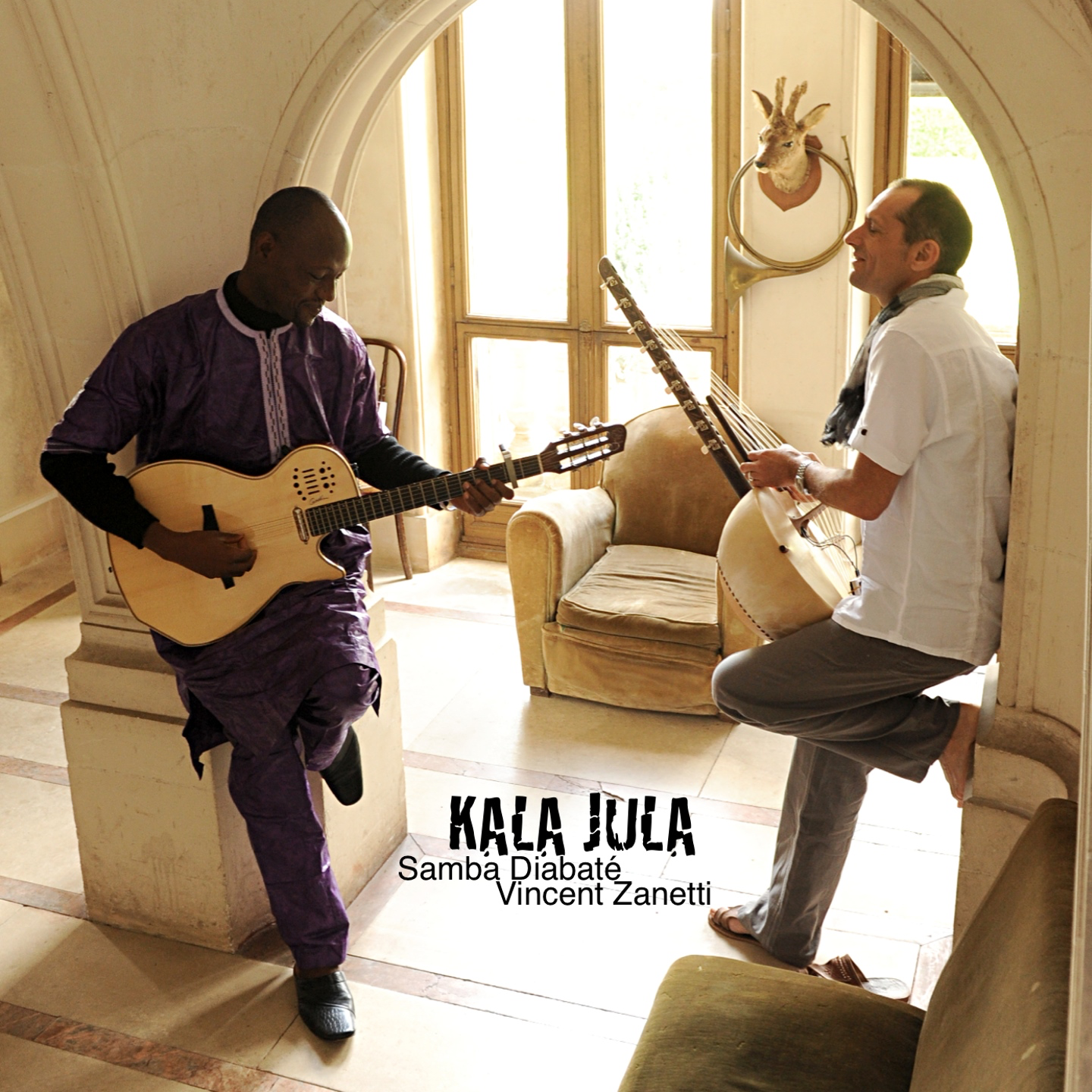 By kala jula, samba diabaté & vincent zanetti
The art of Mandingo guitar playing. Samba Diabaté is one of the most esteemed guitarists in Bamako, regularly called on by all the prestigious ambassadors of Mandingo music Toumani Diabaté to Djelimady Tounkara. Vincent Zanetti is the former stage companion of the late regretted djembe legend Soungalo Coulibaly. He accompanies Samba Diabate on zena, a bridge harp of the kora family recently created by the lute maker Gweltas Simon, guitar and various African percussion instruments. Samba Diabate and Vincent Zanetti were featured at the Africolor Festival and Musée du Quai Branly in December 2012 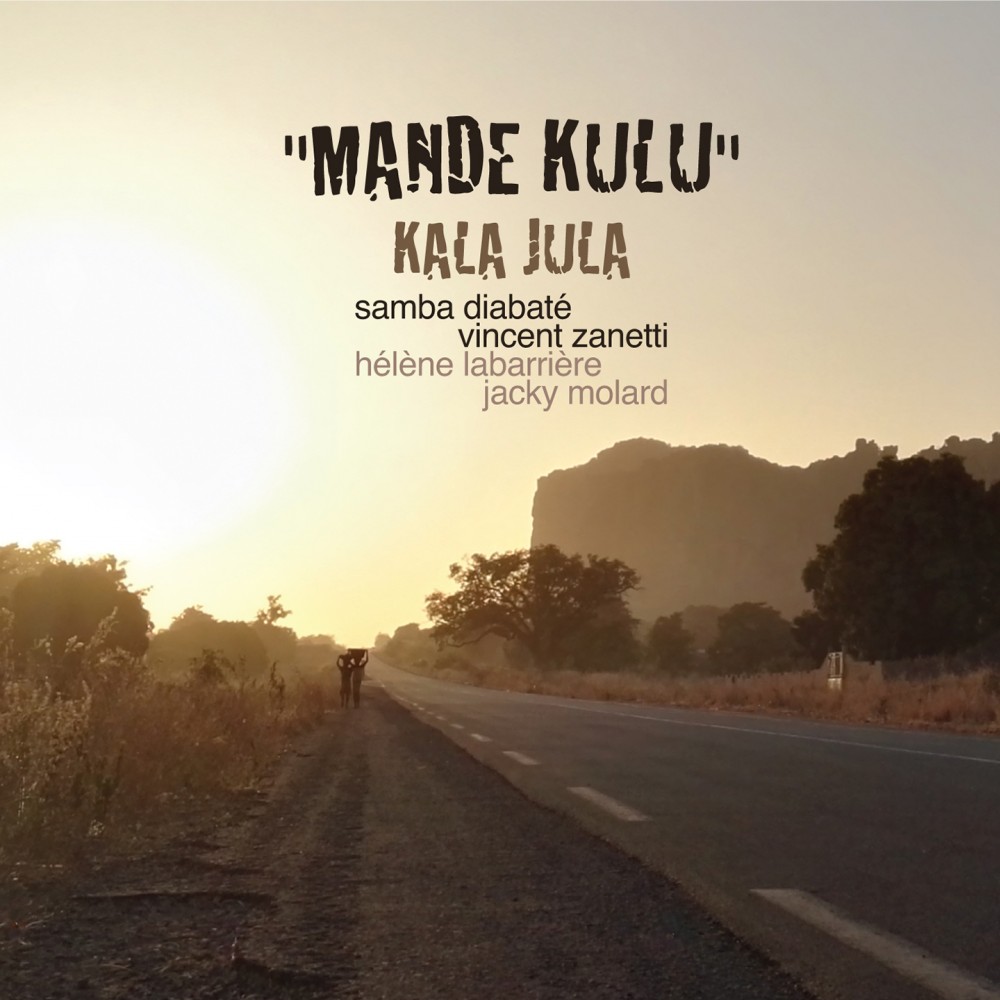