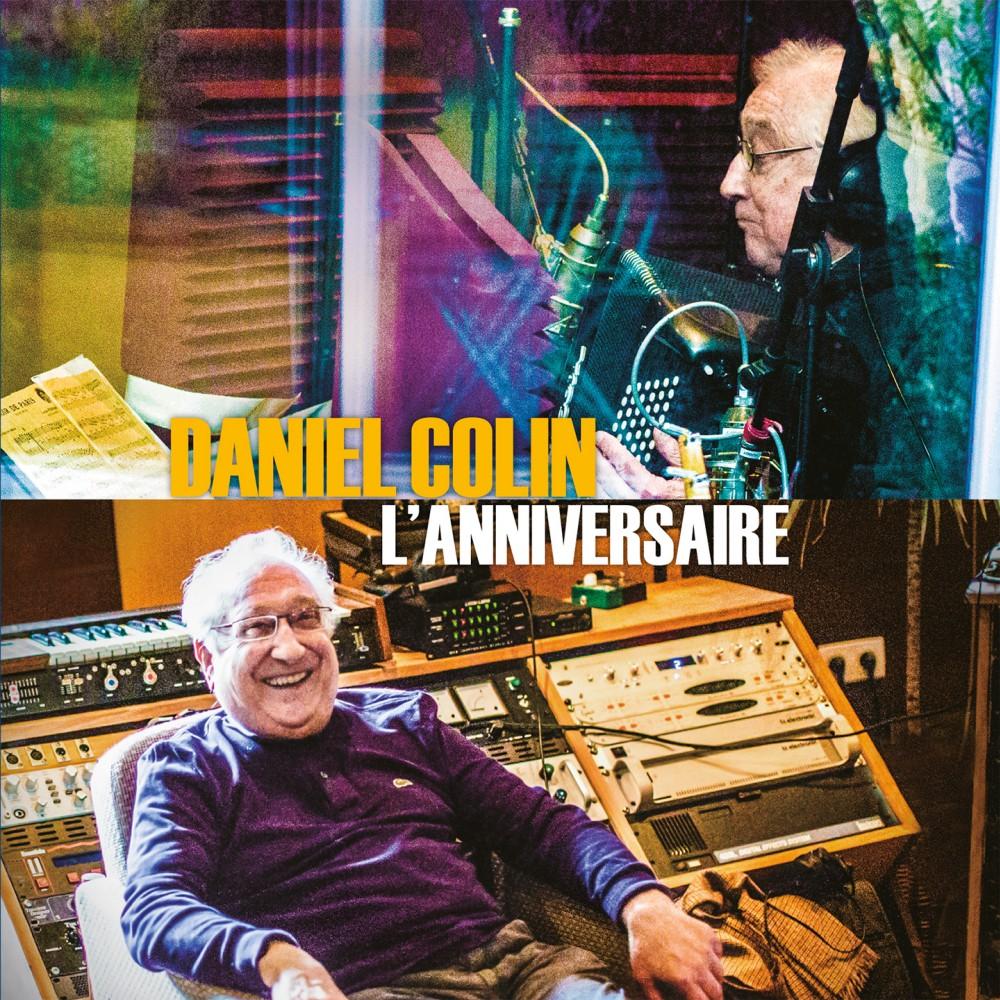 By daniel colin
There it is. Daniel Colin is 80 years old! Including 75 years of music, which have made him a great musician.
80 years is also 4 x 20 years, for a man who is still full of joy and youth.
Daniel says that he sometimes feels the passage of time, that he lacks the pep of his youth... but what he does not say is that he has gained in majesty, in serenity and also in humour and fun.
Daniel Colin invites you to the party. From the time when a party was a real world tour, a great journey without leaving the party space.
Read the birthday wishes — words of love — from some of his dear friends… It’s a lot of love, but Daniel “didn't steal it”.
Yes, it's his birthday, but he's the one who's giving us the most beautiful present: his new album.
Beauty and humour, our credo…
Dominique Cravic

I was delighted to discover Daniel at our first festival in 1992. He was playing in the "Paris Musette". I was immediately dazzled by his talent, his energy, his swing, his elegance and his virtuosity. A jubilant performance. Since then I have often invited him to our festival in various line-ups, and I have been able to appreciate the kindness and fun of the person. Bravo to you Daniel, grand master of the heady thrill, thank you for the exhilarating times you give us, and sail cheerfully on your triolets towards your 90 years!
Claude Vadasz, Directeur du Festival Flonflons Wazemmes

My friend Daniel Colin is an exceptional musician with unparalleled human qualities. His inimitable musical style places him among the masters of our beautiful instrument.
Christophe Lampidecchia, accordéoniste, artiste Respect Records

Daniel Colin is a phenomenon: virtuoso and mischievous, playful and cultured, sensitive and generous. The accordionist loves risk-taking, getting away with it, waltz and swing, Paris and musette, Charlie Parker and Bill Evans, the primitive and the future, the historic and the unknown. The man loves to laugh and, above all, to look through the other end of the telescope. In Japan, he is an icon. In France, if there were any justice, the musician would have been declared a living national treasure long ago. In the end, the "Turbo" with the "fingers of steel" would deserve another nickname, simpler and more adventurous at the same time: "Daniel Colin, or L'Imprévu", from the title of this waltz by Gus Viseur and Joseph Colombo, forever magnified by his talent. Happy birthday, Daniel!
Arnaud Merlin, producteur radio à France Musique

I have always seen Daniel Colin as a musical magician. Not only because his personality has an elfin side, funny, charming and often absent-minded. But above all because of his exceptional instinct as an artist who has learnt and assimilated everything: the virtuosity of young prodigies, the authentic musettestyle that was still alive when he was starting out in the Parisian ballrooms, the love of jazz, the taste for encounters and adventures (such as those of the Primitifs du Futur), and even the piano, which he plays so well (I can still hear Daniel playing a symphonic etude by Schumann during a concert of song). From these multiple sources he has created a personal style combining a flamboyant technique that amazed Jo Privat, a colourful artistry that gives his instrument so many faces, a deep poetic sense, sometimes poignant — after which the elf takes over and puts away his box of thrills under the attentive eyes of Jacqueline, his wife. Among the greatest masters of the accordion — many of whom were his friends, now deceased — Colin still occupies, to our delight, a unique place at the crossroads of the finest traditions and the new paths of the 21st century.
Benoît Duteurtre, écrivain, producteur radio à France Musique

We follow Daniel on his magical path, on his "yellow brick road", with that tender mischief in his eyes. Daniel Colin, our "Musician of Oz”…
Julien Delli Fiori, producteur radio à France Inter et FIP